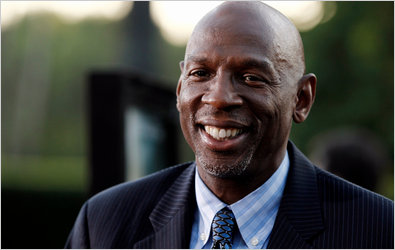 A 15-year old has been charged with a shooting that took place outside a highly-respected charter school in Harlem.  Police are saying that the incident was captured on video as well.

The boy has been held on $75,000 bail.  Noted educator Geoffrey Canada runs the Promise Academy School where the alleged incident took place.

The Los Angeles Unified School District is the second-largest district in the country. It is also the one being targeted by the Department of Education, who announced that a 19-month civil rights investigation has led them to conclude that they are providing unequal education for minority children.

Currently, 32 percent of the black students in Los Angeles are ranked as proficient in English and only 9 percent in math. Even worse, only 5 percent of the English language learners ranked as proficient in either Math or English. The school district has agreed to do two things: revamp it’s English-learning program and improve the education of black students.

“The achievement gap is the civil rights issue of our time, which is why everything we do at LAUSD and the Partnership for Los Angeles Schools is geared toward protecting every child's right to learn and to prepare for life,” said Los Angeles mayor Antonio Villaraigosa.

The Department of Education also found that schools in predominantly black neighborhoods don’t have the technological or library resources needed to properly function. Additionally, black students are underrepresented in the “gifted and talented programs.” Black kids are, however, the ones who are most likely to be expelled or suspended from school.

“Though we still have a long way to go before we see that English-learner students and African-American students are consistently getting what they need to perform up to their fullest potential, I’m confident today’s agreement will help address the causes of concern that prompted our review,” said U.S. Education Secretary Arne Duncan.
Posted by Staff at 9:57 AM No comments:

Is Howard U. The Worst-Run HBCU in the Country? This DC Insider Thinks So

Howard University, in Washington, DC, is one of the elite Historically Black Colleges and Universities (HBCU) in the U.S.  Howard students are quick to call their school the “real H U!”  The reason is so they won’t be confused with another well know HBCU—Hampton University.

Dr. Steve Perry could care less about hurting any adult's feelings --- and that includes teachers, unions, and even the President of the United States.

In an in-depth interview with The Root.com, Perry, CNN education contributor and author of the book, Man Up! Nobody is Coming to Save Us, slams unions for their stranglehold on the education industry, chastises teachers for not performing at a higher standard, and says that based on his experience as founder of the Capital Preparatory Magnet School in Hartford, Connecticut---which sends 100 percent of its mostly black and Latino students to four-year colleges---poverty and parental involvement often times can not be controlled, but what a student learns in the classroom can:

"There's no evidence to prove that a child who's poor can't be educated at the same level as someone else," says Perry. "There's no proof that any family factors make a child harder to educate. As I look out the window of my school and see a liquor store and a thrift store, we know that we don't get to pick from where the children come. We just have to focus on getting them to where they need to be. Education is the single most effective method of removing poverty from the family experience. Education is the antidote, and great teachers are the syringe through which the antidote is delivered."

In addition to taking the unions to task --- "[The teachers' union] is a privately run organization. They control American public education. They control the length of the school year and school days, how much people get paid, when they get vacation days and how we can evaluate them. They control the entire industry." --- Perry holds no punches when it comes to his critique of President Barack Obama's take on public school education:

It would be really hypocritical for me to stand in front of my community and extol the virtues of local neighborhood schools as I put mine in a car and send them the other way. The president hasn't always been president -- and from the day he became a dad, he damn sure didn't send his kids to a local public school. How do you stand up for something that you don't even use?"

Dr. Perry further contends that our college education system is based on vouchers in the form of federal loans and grants, and that no one calls it a failing system:

"I want children to go to the best school -- not keep a school open simply because it employs people. Closing failing schools is the best thing we can do. Children are not learning in them. Would you keep a hospital open that had a 29 percent mortality rate? No. But we keep schools open that have a 29 percent graduation rate."

In addition to his contributions to CNN, Dr. Perry has also appeared on FOX and MSNBC. His latest book, Push Has Come to Shove: Getting Our Kids the Education They Deserve -- Even If It Means Picking a Fight, is on bookshelves now. 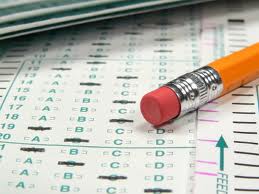 Black Teacher Suspended for Referring to a Student as “White Boy”

As MLK Memorial Being Built, Harriet Tubman’s Legacy is In Question

Morris Brown Officially Pays Off All Debts to the Federal Government

Black Scientists Get Less Funding than White Ones